Munchies met up with Magnus Nilsson and me after a Modernist cuisine dinner in Seattle to talk about meat thats too perfect, Scandinavian traditions and Magnus Nilssons face on tortilla.

«The next day, I sit with Nilsson and Viestad at Sitka & Spruce,  whose local roots show through in each dish. The Swedish chef chose it. Last time he was in Seattle, four years ago, he worked with the chef on an event at the chef’s farm on a nearby island. “I went for a run and it smelled like home. The flora is similar,” he recalls.

Viestad addressed the steak question, though the dish wasn’t on the previous night’s menu, as the concept of perfection pervades each dish created to thrill with modernist technique.

“I was somewhat a part of this molecular gastronomy movement very early on,” he explains through bites of locally made bread and locally foraged morel mushrooms, in season and just picked from the nearby woods, purchased by the chef from his best friend, a forager.

“In those first workshops, that’s where Heston Blumenthal met Harold McGee. And the effect was more the collaboration born out of that. But I remember that we had all these discussions about sous vide cooking.”

A dish of housemade charcuterie, including house-cured culatello and gelatinous head cheese is nudged to make way for a salad of tiny speckled green leaf lettuce heads, dressed with leaves of pressed tarragon.

“And the premise, he continues, “is that if meat is 54 degrees celsius, and that’s perfect, then it should be 54 degrees all the way through, because that is perfection. But that premise is wrong.”»

Curiosity about food is like hunger. It can´t be satisfied for more than a few hours at a time.... 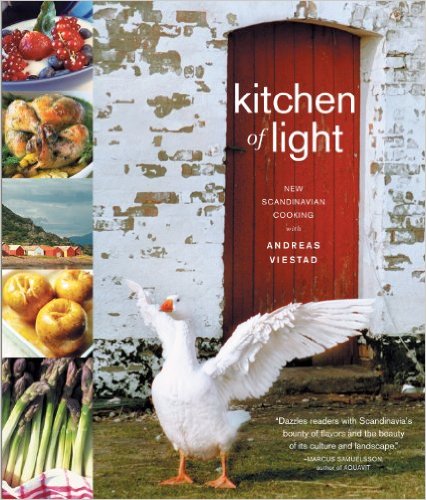 WHERE FLAVOR WAS BORN

For three years I traveled around the Indian Ocean, following the old spice route – looking for where flavor...